BWW REVIEW: 'WHAT I LOVE' PODCAST WITH KAE TEMPEST AND CUSH JUMBO 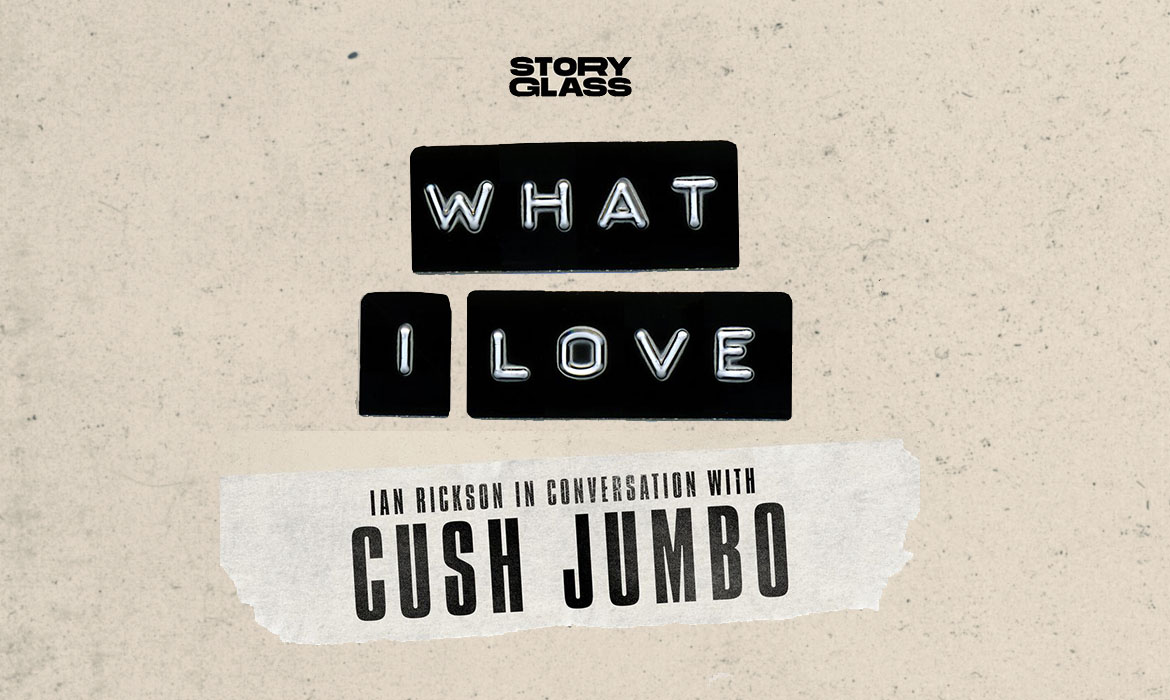 This week, Storyglass released the first three episodes of their new podcast, What I Love, hosted by former artistic director of the Royal Court, Ian Rickson. In each episode, Rickson speaks with a different artist about three of their cultural treasures - a film, a poem, and a song.

The interviews were recorded over the summer, taking place in empty theatres, against the poignant backdrop of their closure due to Coronavirus. Rickson adapts the Desert Island Discs premise, embodying a more therapeutic, creative and almost spiritual version of Kirsty Young, as he strives to see the world through his guest's eyes.

The podcast explores how we reveal ourselves through the things that we love, as Rickson indulgently "marinates" himself in his guest's choices, seeking to connect with them through their favourite pieces of art and culture. These are deeply raw and intimate conversations that make you feel you are listening to a private moment between two friends. It's this creative and personal dynamic that makes the podcast such compelling listening. In a time where many of us are isolated from our loved ones, it is a privilege to listen to such moving moments of genuine human connection.

In two of the three episodes released this week, this connection is significantly geographical. With both Kae Tempest and Cush Jumbo from south-east London, where Rickson himself also grew up, the south-of-the-river spirit is at the heart of their conversations. Not only are they from the same area of London, but both Tempest and Jumbo also attended the Brit School in Croydon. As Rickson discusses the 436 bendy bus that goes from Peckham to Pimlico with Tempest, and Lewisham Lanes bowling alley with Jumbo, we come to understand the significance of the area to them all.

Spoken word performer, poet, recording artist, novelist and playwright Kae Tempest's episode captures a pivotal moment in their life. It is recorded on the empty stage at the Harold Pinter Theatre, just before Tempest came out as non-binary, changing their name from Kate to Kae, and their pronouns from she/her to they/them. Rickson is clearly in awe of Tempest throughout their dialogue, lauding them as "shamanic" and "not of this century".

Hearing Tempest detail their affinity with William Blake after their discovery of The Marriage of Heaven and Hell, aged 20, is fascinating. Kae describes how Blake gave them "kinship" at a difficult time in their life, and how they related to him as an outsider who expressed everything that Kae felt, but couldn't find the words to express. Kae's connection with the man who saw angels on Peckham Rye is topographical and physical. She tells the story of getting bus to from Peckham to Pimlico, where she would go to the tiny and dark "Blake room" at the Tate Britain and just weep.

Tempest's new play Paradise, a retelling of Sophocles' Philoctetes, was supposed to be staged at The National Theatre this summer, directed by Rickson. The sparky brilliance of the conversation between these two artists in the podcast signals how extraordinary Paradise would have been - and will be, when it is eventually staged.

Taking the intensity of Tempest's episode to a different level, Rickson's conversation with Cush Jumbo is raw and moving - recorded on the Young Vic stage, on which Jumbo was supposed to be playing Hamlet this summer. The actor and writer recently announced that she was leaving the US TV series The Good Fight (sequel to The Good Wife) to move back to London, a decision partly prompted by the opportunity to play Hamlet.

Her obsession with Singin' In the Rain gives rise to discussions about gender and acting, as Jumbo describes how she was always drawn to male characters like Cosmo Brown as a child, and felt shoehorned into the Kathy Selden box. Her musing on the "space" that male characters are so often given, and discussion of her attraction to characters that embody the duality and fluidity of gender, makes you eagerly anticipate her performance as Hamlet. After tearfully describing how she was "really ready to have the words" of Hamlet, hearing Jumbo read the "good fucking language" of Shakespeare's Sonnet 60 is beautiful yet heartbreaking.

The therapeutic and deeply emotional thrust of these episodes of What I Love is what makes them so wonderful. The podcast shows how creative connections made through art allow us to make sense of ourselves and the world around us, reminding us why we need the arts more than ever right now.